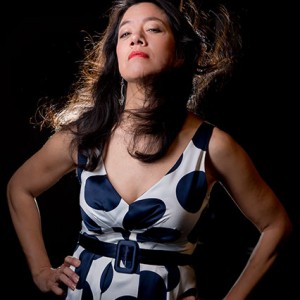 Sure, there are smart comedians, but how many graduated from Caltech with a degree in physics? Sandra Tsing Loh is in a league of her own. Though she took a far turn from science to performer, award-winning writer and radio commentator, things of interest to the thinking person, like science and education, make their way into her work. You could say her latest one-woman show is biology-related, given that it’s about menopause, but it’s about so much more. Based on her memoir, “The Madwoman in the Volvo: My Year of Raging Hormones” (recently selected as one of The New York Times’ 100 Most Notable Books), Loh takes us, as always, through everyday struggles with fulfillment, parenting, body image, life in L.A., an aging father… which means you don’t have to be going through menopause to get a lot out of this, from the poignant observations to the hysterically funny. She is calling her show “The B**** Is Back: An All-Too Intimate Conversation,” and it’s running at the Broad Stage in Santa Monica July 9 through Aug. 2.

Loh doesn’t hold back, and that’s part of her strength as a comedy writer and performer. Maybe that’s why Variety named her as one of the 50 most influential comedians. Her syndicated daily show “The Loh Down on Science” and her weekly segment “The Loh Life” can be heard on KPCC. Loh is also a contributing editor for The Atlantic Monthly.

Sandra Tsing Loh’s solo comedy evening will take place exclusively at The Edye, The Broad Stage’s intimate black box theater adjacent to the main stage. For the duration of the run, the venue will be transformed into a comedy nightclub, complete with a beer and wine bar and cabaret-style tables. It’s happy hour!

The nearby Longitude Bar + Restaurant at Le Méridien Delfina Santa Monica is also offering a “DineLA Local Immersion” package with a special $40 prix-fixe menu and complimentary tickets to the show for the first 20 people to reserve on Thursday, July 16 and 23, and Friday, July 17 and 24. For more information, visit www.lemeridiendelfina.com. To make reservations, email delfina-reservations@lemeridiendelfina.com.