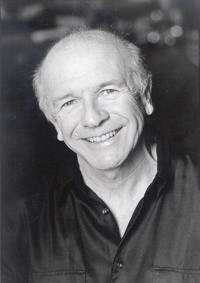 The Skylight Theatre Company is honoring Tony and Emmy award-winning playwright and librettist Terrence McNally with four days of star-studded events. As the first of an annual series honoring America’s great playwrights, the 2013 Skylight Salute will include the following events:

On Thursday, Sept. 26, there will be a special dinner with McNally at a private LA residence. Visit www.skylightsalute.com for more details.

On Friday, Sept. 27, at 8 p.m., McNally will be featured on an industry panel, “Does It Take One to Know One?,” focusing on writing gay themes and characters and moderated by Emmy winner Dan Bucatinsky (Scandals and executive producer of Web Therapy). Other panelists will include Emmy Award winner Max Mutchnick (creator/executive producer Will and Grace), multi-Emmy winner Jeffrey Richman (Frasier), Emmy-nominated Joan Rater (Grey’s Anatomy), Don Roos (writer/director The Opposite Sex), Tony Award nominee Geoffrey Nauffts (Next Fall and writer on Brothers and Sisters), Peter Paige (actor Queer as Folk and creator of The Fosters) and Savannah Dooley (Huge). This event will be at the Skylight Theatre, 1816 1/2 N. Vermont Ave., LA 90027. Tickets are $35 to $50.

On Saturday, Sept. 28, at 3 and 8 p.m., audiences can attend a star-studded premiere reading of McNally’s updated comedy classic, It’s Only a Play, at the Skylight Theatre. It’s Only a Play is a hilarious send-up of show business and its often-bizarre practitioners, set in the sumptuous penthouse apartment of a theatrical producer on the opening night of her first Broadway production. The reading will feature Griffin Dunne, John Fleck, Barrett Foa, Lisa Kudrow, Mary McDonnell, Josh Radnor and Thomas Sadoski, and is directed by Jack Cummings III. This event will be at the Skylight Theatre, 1816 1/2 N. Vermont Ave., LA 90027. Tickets are $35 to $60.

On Sunday, Sept. 29, McNally will teach a master class on writing in the morning, and later that night he will be honored at the Saban Theatre in Beverly Hills with an All-Star Celebration directed by Tony Award nominee Sheryl Kaller and featuring celebrities from stage, television and screen. Performances will include excerpts from McNally’s wide body of work, including the musicals Ragtime, The Full Monty and Kiss of the Spider Woman as well as his Tony Award-winning plays Master Class, Love! Valor! Compassion! and others. The evening is being produced by Andrew Carlberg, Suzi Dietz and Gary Grossman. The All-Star Celebration starts at 8 p.m., and a VIP after-party will conclude the evening. This event will be held at the Saban Theatre, 8440 Wilshire Blvd., LA 90211. Tickets from $50.