Summer in the City

There is no shortage of fun things to do this summer in Los Angeles. From classic rock in the zoo to Shakespeare under the stars, this city has it all. Here are just a few ideas.

Theater at the Broad Stage

When actors we know best from TV and film turn their talents to LA stages, it’s usually a smashing success. If examples over the past few years are any indication — think Center Theatre Group’s production of David Mamet’s “Oleanna” with Bill Pullman and Julia Stiles and August Wilson’s “Fences” at the Pasadena Playhouse with Laurence Fishburne and Angela Bassett — the theatrical offerings at the Broad Stage in Santa Monica seem destined for greatness.

First, Neil Patrick Harris (“How I Met Your Mother”) directs Menier Chocolate Factory’s “The Expert at the Card Table” at the Edye second stage. Written and performed by sleight-of-hand master Guy Hollingworth, “The Expert at the Card Table” references the pseudonymous 1902 book that revealed magicians’ secrets and offers a tale of mystery and deceit — while dazzling audiences with card tricks. Harris is no stranger to the theater world, of course, but it is also interesting to note that he is a magician himself. The production runs July 13 to Aug. 7. The opening night party is on Friday, July 15, at 9 p.m. (Mix and mingle with the artists after the show at M Street Kitchen! Call (310) 434-3200 for availability.) 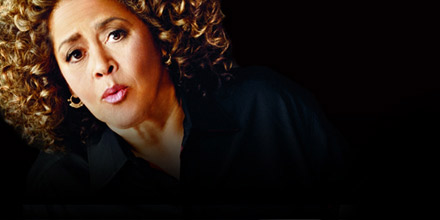 Like Harris, Anna Deavere Smith (“Nurse Jackie”) comfortably inhabits the stage and screen worlds. She brings her solo show about the human body and health issues to the main stage July 20 to 31. Promising to make you laugh and cry, “Let Me Down Easy” is based on 300 interviews with personalities such as Lance Armstrong, Anderson Cooper and former Texas Governor Ann Richards. The production is directed by Leonard Foglia. The New York Times said of the show: “Ms. Smith is not the kind of performer who wholly disappears into the people she is portraying; she is too forceful a presence for that. Instead she channels their voices through her own, using the specifics of speech patterns more than any fancy vocal gymnastics to let us hear each as an individual.”

Eddie Izzard at the Hollywood Bowl

Of course, there are a million great concerts and events scheduled at the Hollywood Bowl, including fireworks on the Fourth with Hall and Oates, “Hairspray,” and Dudamel conducting Lang Lang, but there’s only one that will make history. Emmy-winning comic Eddie Izzard makes Hollywood Bowl history with “Stripped to the Bowl,” the first solo comedy presentation at the iconic venue, on Wednesday, July 20, at 8 p.m.

Izzard is unquestionably one of the best comedians out there. In addition to stand up, he’s been in movies (including “Ocean’s Twelve”) and TV shows (such as “The Riches”). And it’s perhaps no surprise that he’s making history in LA, since you could say he is something of an expert in U.S. history. Yes, he discovered during his past tours of our fine nation, including “Dress to Kill,” that Americans do not know their own history. Izzard also knows world history and Latin, but don’t feel intimidated. It’s not as if his comedy is highbrow, inaccessible stuff — I mean, he does like to wear makeup and high heels.

Music in the Zoo

The Greater Los Angeles Zoo Association (GLAZA) hit on an exceptionally entertaining idea when it started its Music in the Zoo series. Sure, the animals often create their own music, but GLAZA invited some other talented musicians to get in on the fun. 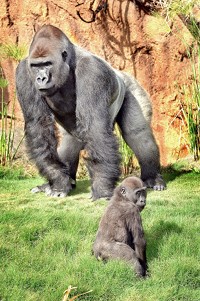 photo by Motoyama, courtesy of GLAZA

Offering the rare opportunity to hear local bands while wandering the Los Angeles Zoo and Botanical Gardens after hours, Music in the Zoo returns this summer with a couple of great choices on Friday, July 15, and Thursday, July 28. Performances take place from 6 to 9 p.m., and guests can view the animals (like the amazing gorillas pictured here)  until 8 p.m., while enjoying various food and beverages. Picnics are also permitted.

If none of those bands is quite your style, Music in the Zoo – Classic Rock Night brings cover bands playing music by timeless favorites like The Beatles and Led Zeppelin on July 28.

Did somebody say “free”? Yes, the 17th annual Culver City Music Festival presents eight free concerts on Thursday evenings in the intimate City Hall courtyard. The festival opens Thursday, July 7, at 7 p.m.  (courtyard opens at 4:30 p.m.) with fiery Spanish flamenco and percussion with Incendio, followed by Argentinian rock with Los Pinguos. There are dozens of dining options within walking distance.

The Culver City City Hall Courtyard is located at  9770 Culver Blvd. in  Culver City  (corner of Culver Boulevard and Duquesne Avenue).  Parking is free underneath City Hall.  Additional parking is free for the first two hours in designated structures in the Downtown area.  For information,  (310) 253-5716 or www.culvercity.org.

Shakespeare Under the Stars

If you like bad guys, Richard III is one of the best — I mean, worst. This charismatic and ruthless villain has political ambitions to take the throne of England and has no qualms about murdering his way to the top. Theatricum Botanicum’s version of Shakespeare’s tragedy plays out under the stars in Topanga Canyon with Melora Marshall and Chad Jason Scheppner alternating in the title role. I didn’t think Richard III — the character and the play — could get any more interesting, but Melora is a woman. Director Ellen Geer explained the unusual casting choice in a press release: “We auditioned throughout the company, and Melora and Chad were the two who were able to create the spell. Richard needs to entrance the audience, to win them over as he makes his Machiavellian plans, and when these two actors read, it was immediately obvious to everybody that they were right for the part. It’s as simple as that.” The production runs July 2-Oct. 2. Snacks are available for purchase, and picnickers are welcome before and after the performances.

Feast at the Getty Villa

You already know the Getty Villa, modeled after a first-century Roman country house, is a feast for the eyes. This summer, it offers a literal feast. The J. Paul Getty Museum presents At the Roman Table: A Culinary Adventure at the Getty Villa on Thursday, July 14, and Friday, July 15, from 7 to 10 p.m. First, food historian Andrew Dalby will give a lecture titled “Dining With Caesar: Food and Power in Ancient Rome,” exploring fashionable dinners of 2,000 years ago during the time of Julius Caesar. Afterward, guests will enjoy a four-course gourmet dinner prepared under the direction of Chef Sally Grainger. The menu, inspired by ancient Roman recipes, is rich in meats (sorry, vegetarians!) and designed “to entice adventurous palettes.” $75 includes wine. Seating is limited; reservations are required: www.getty.edu or (310) 440-7300.