Take Local Authors to the Beach

Well, okay, we really mean take books by local authors to the beach, or wherever you do your summer reading. Here are a few quick picks from books written by fellow Angelenos, specifically USC faculty and staff. Admittedly, the non-fiction titles might be a little heavy, but who said summer reading has to be light fare? These reviews are from the Latest in Print section of USC’s site, which you can visit for more selections.

“The Brightest Moon of the Century” by Christopher Meeks
White Whisker Books, $18.95
In his first novel, Christopher Meeks, lecturer in the Master of Professional Writing program at USC College and author of the acclaimed short story collections “The Middle-Aged Man and the Sea” and “Months and Seasons,” introduces readers to Edward, a young Minnesotan who is shipped off to a private boys school by his father after Edward’s mother dies. In nine chapters, readers experience Edward’s life from ages 14 to 45 as he stumbles into romance in high school, careens through dorm life in college and becomes swept up in a tornado of love problems as a mini-mart owner in Alabama. Ultimately, he sets his sights on a film career in Los Angeles. 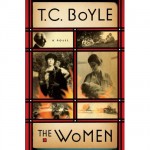 “The Women” by T.C. Boyle
Viking, $27.95
The triumphs and defeats of architect Frank Lloyd Wright were always tied to the women he loved: an exotic Montenegrin beauty; an ill-tempered Southern belle with a morphine addiction; the strong-willed wife of a neighbor who later was tragically murdered; and his first wife, with whom he had six children. In his latest novel, T.C. Boyle, Distinguished Professor of English at USC College, tells the story of Wright’s life through the eyes of a young man who in 1932 sought an apprenticeship with the architect at his Wisconsin estate.

“Dead Pool: Lake Powell, Global Warming, and the Future of Water in the West” by James Lawrence Powell
University of California Press, $27.50
Where will the water come from to sustain the great desert cities of Las Vegas, Los Angeles and Phoenix? In his exploration of the past, present and future of water in the West, James Lawrence Powell, executive director of the National Physical Sciences Consortium at USC, looks at the waning water supply at Lake Powell and the looming effects of population growth, global warming and droughts that threaten the West’s water situation. Featuring rarely seen historical photographs, he shows how the falling of the reservoirs in the region pose an urgent threat during the first half of the 21st century.

“Margaret Mead: The Making of an American Icon” by Nancy C. Lutkehaus
Princeton University Press, $29.95
Nancy C. Lutkehaus, professor of anthropology, gender studies and political science at USC College, explores the life and ideas of Margaret Mead, the best-known anthropologist and female public intellectual in 20th-century America. Using photographs, films, television appearances and print media coverage, Lutkehaus explores the ways in which Meade became an American cultural heroine who represented new ideas about women, non-Western peoples, culture and America’s role in the 20th century — all of which transformed society and changed her into a celebrity and cultural icon.