The Actors’ Gang’s WTF?! Festival is the best response to our depressing economy that I have heard yet.

“The name of this festival came to me after a recent board meeting where I was told that due to the economic downswing and recent reduction in donations that we can no longer afford to produce theater,” Tim Robbins, artistic director of The Actors’ Gang, says on the website. “I was told it would be less expensive to do nothing.”

So what did The Gang do? Known for their artistic risk-taking and programming of socially minded and politically charged theater, they certainly did not throw up their hands and say, I guess there’s nothing we can do. Instead, they put together an ambitious series of music, film, literary, theater and dance events — with some big names in the mix — that will run Tuesdays through Saturdays, Oct. 13 through Dec. 19. 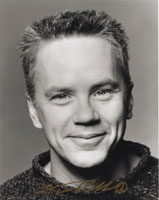 “We’re not very good at doing nothing,” Robbins says. “We have 70 members and we are fired up to go into production on a major piece in January, so in the spirit of rebellion and our history of survival we are going to produce three plays, host great artists and authors, screen free documentaries, have open forums for Veterans, have live music nights with great songwriters, present poetry and dance, screen ridiculously funny movies, host talkbacks with directors and try to raise enough money to survive this crap economy. We are offering a wide variety of events that will fire up new audiences, help them to discover The Gang, and support our community outreach.”

All proceeds from the festival will benefit The Gang’s outreach programs, such as theater residencies in public schools, a free Summer-in-the Park family theater series, free holiday shows for families, a theater in prisons program, and pay-what-you-can nights for Actors’ Gang productions.

Here are some events scheduled in the WTF?! Festival, curated by Robbins and featuring members and friends of The Actors’ Gang:

The Actors’ Gang is located in the Ivy Substation, 9070 Venice Blvd., Culver City.  Two hours free parking available throughout downtown Culver City; the Ince Parking Lot (corner of Culver and Ince) is across the street from the theater. For details, ticket prices and a complete schedule, call The Actors’ Gang Box Office at 310-838-GANG (310-838-4264) or visit www.wtffestival.com.