The lineup for the UCLA Live 2010-11 season is so remarkable that each event could be considered a highlight of the season. Below, we’ve covered the dance and classical lineups. But consider also the big names scheduled in jazz, including Ornette Coleman (Nov. 3) and Chick Corea and Gary Burton (March 5), and in spoken word, such as Stephen Sondheim (Nov. 8), Maya Angelou (March 16), John Waters (Feb. 23), Billy Collins and Kay Ryan (April 23), and David Sedaris (April 27). Plus, there are offerings in roots, world music, and music and film. Things kick off on Sept. 30 with avant-garde pop artist John Cale (Velvet Underground) backed by members of the UCLA Philharmonia.

Subscription and individual tickets are on sale now. UCLA Live is offering Culture Spot readers the chance to win a pair of tickets to the event of their choice. To be entered in a drawing for free tickets, send your name, event choice and the correct answer to the following trivia question to Editor@CultureSpotLA.com by Friday, Aug. 13, at midnight:

Which of the following famous artists performed at Royce Hall in the 1930s?

d) all of the above

David Sefton, director of the UCLA Live performance series for a decade, resigned in May. And the reason for his departure – program “restructuring” due to budget constraints – along with the elimination of the International Theatre Festival from the 2010-11 schedule, has triggered some very legitimate concerns about LA’s access to the national and international arts scene. The 2010-11 dance series that Sefton leaves behind, however, continues the program’s tradition of curatorial excellence. If fiscal limitations motivated the inclusion of more domestic artists than usual, Sefton made good use of his reduced funds – bringing artists and works that LA has not seen, and needs to. 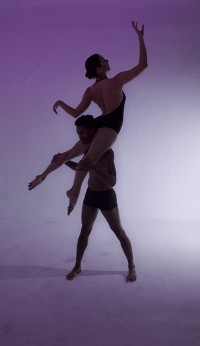 UCLA Live facilitates another long-overdue Los Angeles visit with the arrival of American Lucinda Childs’ Dance, a revival of the 1979 minimalist classic, May 6-7. Member of the postmodern breakaway collective Judson Dance Theater in the ’60s, Childs choreographed Dance as her first large-scale collaboration, working with minimalist icon and composer Philip Glass and visual artist Sol LeWitt. With tripping, skipping steps, dancers skim the stage in continuous crossings. And like the repeated notes in Glass’ score, these simple movements combine in space and time to weave patterns of tremendous complexity. In the revival, dancers leap and bound in front of LeWitt’s original film – the 1979 company performing Dance – so we see in side-by-side action dancers usually separated by decades.

Stephen Petronio came of choreographic age in Manhattan in the ’80s and ’90s, and his signature style – fast and furious, sexy and leggy, hip and restless – conveys the urban energy of his home base. His company, now an established international presence, celebrates its 25th anniversary with the stormy new work I Drink the Air Before Me and performs the West Coast premiere at Royce Hall March 11-12.

Barak Marshall, born physically in LA but choreographically in Israel, brings Monger (2008) home for its West Coast debut April 15-16. Marshall draws movement and music from diverse cultural traditions (including his own – American, Yemeni, Israeli) to build this charging, driving exploration of power, free will, and survival.

And with local and national critical acclaim for The Lotus Eaters (2008) under her belt, LA dancemaker Laura Gorenstein Miller and her company Helios Dance Theater open the dance season at UCLA Live with a one-night-only world-premiere performance of Beautiful Monsters on Oct. 23. For this work, Gorenstein Miller teams up with leading artists in the entertainment industry to craft a dreamscape inspired by childhood nightmares, and if The Lotus Eaters is any indication, it will be a world of physical daring, sensory thrills and riveting storytelling that we enter in October.

Over the course of a 35-year career, Murray Perahia has established himself as one of the world’s most prized pianists. He returns to Royce Hall to perform works by the Three Bs: Bach, Beethoven, and Brahms. In 1972, he was the first North American to win first prize at the Leeds Piano Competition, and he went on to work with the likes of composer Benjamin Britten and pianist Vladimir Horowitz, whom he considers a major influence on his style. Perahia, called a “poet of the piano” by The New York Times, also serves as the Principal Guest Conductor of the Academy of St. Martin in the Fields, with whom he has toured extensively as conductor and pianist.

Update: This event has been cancelled because Perahia had to undergo hand surgery.

Menahem Pressler and Richard Stoltzman sure make for a dynamic duo. Pressler is co-founder of the renowned Beaux Arts Trio, with whom he recorded nearly the entire piano chamber repertoire. Now an octogenarian with a five-decade career of distinction, he is recognized among the foremost pianists. Grammy-winning Richard Stoltzman is arguably the world’s most famous classical clarinetist. Together with the New York Chamber Soloists, they will perform Brahms’ Sonata No. 2 for Clarinet and Piano, Op. 120. Pressler will also play Mozart’s Piano Concerto No. 17, K.453, and Stoltzman will treat the audience to Mozart’s exquisite Clarinet Concerto, K. 622. 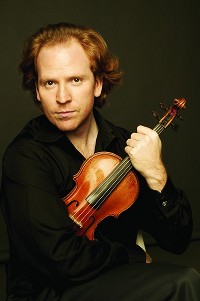 Violinist Daniel Hope, the youngest person to perform with the prestigious Beaux Arts Trio, joins pianist Jeffrey Kahane, music director of the Los Angeles Chamber Orchestra, for a program featuring Brahms’ Sonata No. 1 in G Major, Op. 78, Regenlied, O. Messiaen’s Théme et Variations, Schulhoff’s Sonata No. 2, Sz. 76, and Franck’s Sonata in A Major. Hope, a champion of contemporary composers who has collaborated with many artists (including two Police: Sting and Stewart Copeland), has also made it a mission to revive music suppressed by the Nazis. Well-known as both a pianist and conductor, Kahane was a finalist at the 1981 Van Cliburn Competition and made his Carnegie Hall debut in 1983. In addition to his projects with LACO, extensive touring and recording, he has also collaborated with artists like Yo-Yo Ma and Joshua Bell.

Founded in 1983 by members of the Berlin Philharmonic Orchestra, the Scharoun Ensemble Berlin is one of Germany’s most distinguished chamber music ensembles.  The group will perform three masterpieces: Mozart’s Quintet for Clarinet and Strings, Beethoven’s Septet in E flat major and Schubert’s Octet in F major. The Scharoun Ensemble is recognized as the leading interpreter of these three composers’ work.

The Takács Quartet returns to UCLA Live for a program of Haydn’s String Quartet, Op. 74, No. 3, and Bartok’s String Quartet No. 1. Formed in 1975 at the Franz Liszt Academy in Budapest and now based at the University of Colorado, the Takács Quartet tours throughout the world and is known for its innovative programming. Joining the Takács Quartet for Schumann’s Piano Quintet is Nobuyuki Tsujii, making his Los Angeles premiere. Born blind, the 22-year-old prodigy won the gold medal in the 2009 Van Cliburn International Piano Competition.

All events are in Royce Hall on the UCLA campus; most start at 8 p.m. For a complete schedule and more details, visit: http://www.uclalive.org/calendar/. For tickets or more information, visit the individual links above or www.uclalive.org or call (310) 825-2101. Royce Hall is located at 340 Royce Drive, Westwood.