Women Rising: Dance at The Ford 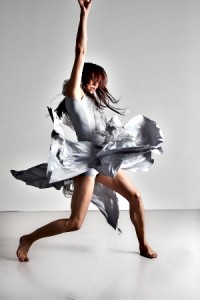 Commemorating the centennial of Congress’ passing of the U.S. Constitution’s 19th Amendment, nine LA-based female dance-makers/companies led by women will take over the Ford Theatre in Hollywood this Friday, Aug. 16, at 8:30 p.m. “Women Rising — Choreography From the Female Perspective” is a showcase of our city’s diverse panoply of movement theater ideas curated by Los Angeles Dance Festival producer Deborah Brockus.

This groundbreaking Amendment, which grants women the right to vote, was passed in Congress in June of 1919 and ratified in August of the following year. The program includes nine works on the hillside-backdrop stage and one piece performed in and around the Ford Theatres’ grounds before the show and another presented site-specifically at intermission.