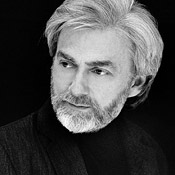 Polish pianist Krystian Zimerman surprised and shocked those who attended his Disney Hall recital on Sunday, April 26, when, before beginning the last piece on the program, Karol Szymanowski’s “Variations on a Polish Folk Theme,” he sat for a few minutes with his head down and his hands in his lap, and then, raising his head and looking at the audience, hesitatingly said, “I was trying not to talk … but I will.”

People immediately applauded, but perhaps they should have waited to hear what the maverick pianist would say. Zimerman announced that this would be his last recital in this country until the United States got out of Poland, most likely alluding to the recent U.S. decision to provide that country with Patriot missile systems. He spent the next few minutes railing against U.S. foreign policy, specifically its failure to prosecute those involved in torture at Guantanamo Bay prison, and added that we had better things to export than our military. Some people cheered at his remarks, others booed, but only a few people walked out, provoking Zimerman to comment that when some people hear “military” they march. One man yelled out, “We’re here for a concert,” whereupon another replied with something to the effect of “You’re getting a concert.”

This wasn’t the first time Zimerman has expressed his political views during a recital; and he has been threatening to boycott the United States for years. Some may cry hypocrisy because he continued to play for financial remuneration in this country during the previous administration most responsible for his complaints. However, Zimerman probably has more reason than others for his sentiments. He always travels (from Switzerland where he lives with his family) with his own Hamburg Steinway piano, which he works on himself, tweaking it to his own liking for each performance. But after 9/11, the Transportation Security Administration twice confiscated his instrument, once destroying it and another time returning it to him after several days with broken keys.

Zimerman’s comments at Sunday’s concert may explain his last-minute decision to replace the originally scheduled Brahms’ “Klavierstucke” Op. 119 with the Sonata No. 2 (1952) by the Polish composer Grazyna Bacewicz in the second half. Zimerman played the Bacewicz with a passion and intensity that reflected his nationalist pride. He followed that with the Szymanowski’s “Variations on a Polish Theme,” written when the composer was just 22 years old. This piece, like the Bacewicz, required immense technical skills, which Zimerman admirably displayed. It also gave him another chance to plumb the depths of his feelings for his homeland.

The second half of the concert was more memorable than the first, and not only because of Zimerman’s political rant. He gave the audience a tour de force performance. Perhaps he needed to play the Bacewicz to give him the courage to express his political views and then once expressed, felt free to let loose in the Szymanowski and demonstrate why he is considered to be one of the finest and most sought-after pianists of his generation.

The first half of the concert included readings of two major works for piano: the Bach Partita No. 2 in C minor, BWV 826, and the Beethoven Piano Sonata No. 32 in C minor, Op. 111. Struggling with his decision to talk to the audience, however, may have affected his performance of these pieces. Zimerman played the Bach well, with a range of dynamics that were probably not intended by the composer, thus giving the piece a more romantic and late-Brahmsian feel. But it was not an inspired performance. Zimerman’s rendition of the Beethoven was even less well rendered, especially with the reverberations in Disney Hall of András Schiff’s recent extraordinary performance of the sonata. There were times, especially in the opening movement, when Zimerman rushed the music and when the melodic lines were muddled, possibly from holding the sustain pedal down too much.

Unfortunately, American audiences won’t be seeing Zimerman in this country for a while – unless, of course, he reneges on his threatened boycott. But that would be hypocritical of him, wouldn’t it?